We’re back with a new Mobile Video Monthly, where we discuss the changes and trends regarding video in the mobile app space. It can be news about ASO, UA or other ways video can be leveraged by developers and publishers.

Subscribe to our newsletter to make sure you don’t miss any of our blog posts. Check out the previous editions here:

YouTube Originals Will Soon Be Free And Ad-Supported – May 2

Google announced that all new YouTube Original series and specials are going to be available for free with ads, where before they were behind a “paywall” (the Netflix model).

This means advertisers are going to have even more opportunities to target YouTube users. It looks like only certain advertisers might be able to take advantage of these placements however, as Google mentioned “YouTube Originals will be available to advertisers through bespoke sponsorships or Google Preferred lineups.”

For a couple of months now there has been a new YouTube Ad format with “Expanded” ads where the full screen is “taken” by the app install ad.

Google made the format official at Google I/O on May 8.

App campaigns ad groups were also announced and should be available this quarter: advertisers are soon going to be able to create unlimited ad groups, each with their own creative assets.

The idea is to create different ad groups for different audiences and group your creatives by “themes”. Creative reporting will also be available by ad group, making it easier to understand which theme resonates the most with your potential audience.

We’re also excited that Google has made Apptamin a trusted app creative partner and looking forward to helping you with high-performing creative assets for your campaigns.

A study by MediaRadar shows that the number of 30-second ads on YouTube increased by 19% in January and February this year compared to 2018. Six-second ads fell by 20%.

Although Google has promoted shorter formats, when it comes to App campaigns it’s always been recommended to upload a variety of videos: from shorter vertical videos to longer form (read 30 seconds) landscape videos. The latter are usually especially meant for YouTube, and a longer video can help better sell your app’s.

15-second ads still remain the most popular on the platform. What’s more important than the duration however, is to make sure that the first few seconds (before the skip button becomes available) are attention-grabbing and also show or mention your brand.

LINE adds Stories feature to the app’s timeline – May 20

The calling and messaging app created in Japan and very popular in APAC has just added a “Stories” feature.

The feature is of course very similar to what’s available on Snapchat, Instagram, Facebook and WhatsApp: vertical photos or videos disappearing after 24 hours.

And just like for the apps mentioned above, we can expect that once the feature gains traction it will be leveraged for Line Story ads.

Back in October last year, Facebook announced that it will show ads to Whatsapp users in an upcoming release.

It looks like this upcoming release will end up being next year. The in-app ad format is expected to take over the full screen and appear in WhatsApp Statuses (introduced in 2017).

Another advertising feature planned is to redirect users from Instagram ads to WhatsApp, where they can communicate with the business.

Amazon acquires the ad server business of Sizmek – May 31

Sizmek had filed for bankruptcy on March 29, and Amazon acquired its ad serving technology.

Although Sizmek Ad Server and Sizmek DCO (Dynamic Creative Optimization) are going to operate separately from Amazon Advertising for now, this is a move that should allow the company to compete further with the Google and Facebook duopoly when it comes to advertising.

We can wonder if Amazon is going to use this new technology “only” to drive further traffic to its store or also allow brands to advertise other things (like apps).

Apple A/B testing how landscape videos are displayed on Product Page? – May 31

It looks like Apple is testing different ways to display apps’ landscape App Previews on the Product Page: it is now either displayed in the Gallery (like it was before when screenshots had the same orientation) or in the “A Closer Look” section (so only screenshots in the gallery.

That’s it for this month! Have we missed anything important related to mobile video? If so let us know in the comments below! 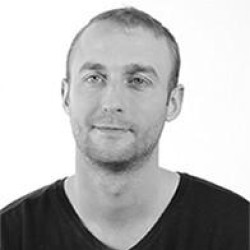 Hi there, I’m Sylvain and I’m one of the co-founders of Apptamin. Apptamin is a creative agency specialized in app videos (video ads, app store videos, etc.) where we find engaging ways to present mobile apps and games so our clients can either increase their conversion rates or improve their user acquisition.

What is the impact of the coronavirus pandemic on mobile apps and games?

heebeha - April 21, 2020
0
Nitro-Net.com - Internet Marketing Services - A Global Marketing Group Company Amidst the COVID-19 pandemic, much of our lives have shifted to mobile. Video...

Google Has A New Favicon Crawler

You Can Now Buy a Car at Walmart

What brands should know about mobile video ads

MTV’s The Real World Is Making a Comeback … on Facebook...

WhatsApp: Here’s How to Turn on Two-Step Verification

How ​to​ ​Create a​ ​Webinar from Scratch in 10 Simple Steps

Loyalkaspar Calls Itself the Character Actor of Agencies